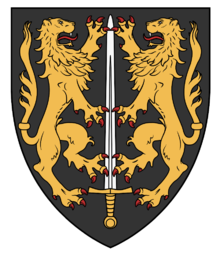 As the sun rose above the Valley of Kherndor and the sunlight flitted through the stained glass windows of the homes of the people, nimble squire boys of the Golden Lions Retinue began dropping off scrolled calendars and passing them out to the early birds that have awoken in the cool morning breeze.


“The Twin Lions Tavern will be hosting a gambling night with dice and cards. There shall be plenty of drinks and ample snacks provided during the game night. This is in hopes that the people of Novengrad get together and socialize with the revival of the Calendar of Norn. ”​
Signed,
Lady Valerie Monroe
Lady Meredith de Retford​
[[OOC: MONDAY, FEBRUARY 22ND @ 5:00 PM EST // 10:00 PM GMT]]


“A Funeral is to be held for the Late Lord King Richard Luc de Retford. There will be a pyre constructed between the entrance to Novengrad and the vineyard. He will be given a proper Nornish burial and his ashes will be scattered amongst the Red Ford. Following the funeral ceremony there will be a small feast in the square of Novengrad.”​
Signed,
Lady Meredith de Retford​
[[OOC: TUESDAY, FEBRUARY 23RD @ 4:00 PM EST // 9:00 PM GMT]]


“The Retinue has seen strange obtuse footprints in the snow leading to a cave while on Patrol around the Duchy. It is up to the Retinue and the Free Company to investigate what is going on and what is out there. Though, anyone is invited to do such and the rally will begin in the square.”​
Signed,
Lady Meredith de Retford​
[[OOC: THURSDAY, FEBRUARY 25TH @ 5:00 PM EST // 10:00 PM GMT]]


“The Twin Lions Tavern is unveiling their newest collection of wines of the Northern variety. They will have these wines available for taste testing this Last Offering in the Tavern of Novengrad along with various pairings of cheese platters and the likes. Along with the Twin Lions Brewery unveiling their Northern Collection, they will also be tasting other brews of Enarion and other vineyards are invited to bring their brews for a small competition.”​
Signed,
Lady Valerie Monroe
Lady Meredith de Retford​
[[OOC: FRIDAY, FEBRUARY 26TH @ 3:00 PM EST // 8:00 PM GMT]]


“To celebrate all of the blessings that Mytra has offered us with new beginnings and a prosperous year, there shall be a festival held in order to celebrate such. There will be a plethora of games, prizes, drinks, and all sorts of celebrations for the various festivities.The festival will be held in gardens just to the right of the entrance to Novengrad. There will be invitations sent out later in the year to the festival. If one would like to have a stall they must reach out to Meredith de Retford [[Cepheid#9520]] and such will be arranged.”​
Signed,
Lady Meredith de Retford​
[[OOC: SATURDAY, FEBRUARY 27TH @ 6:00 PM EST // 9:00 PM GMT]]

“It is here that the Nornish and human peoples alike thrive and prosper.”​
Last edited: Feb 27, 2021

Callum
I will now be running AG Quests so look out for a DM if you have signed up for a quest! :D
40 minutes ago 0 replies

Crusader_uno_
Good Morning or Afternoon my FRP’ers I do be Guarding that gate today (:
Today at 11:05 AM 0 replies

Brokenhelix
I don't trust people with no profile pics... what're they hiding
Today at 5:54 AM 5 replies

Brokenhelix
Restocked the shop with sharp swords, cheap gems, potions, steel weapons, horse armor, and lots of arrows! Give me all your money! War!
Yesterday at 10:51 PM 1 replies