Of Sullied Oaths and Broken Things

Of Sullied Oaths and Broken Things

"I looked into the Mirror, and did not recongize what I saw." 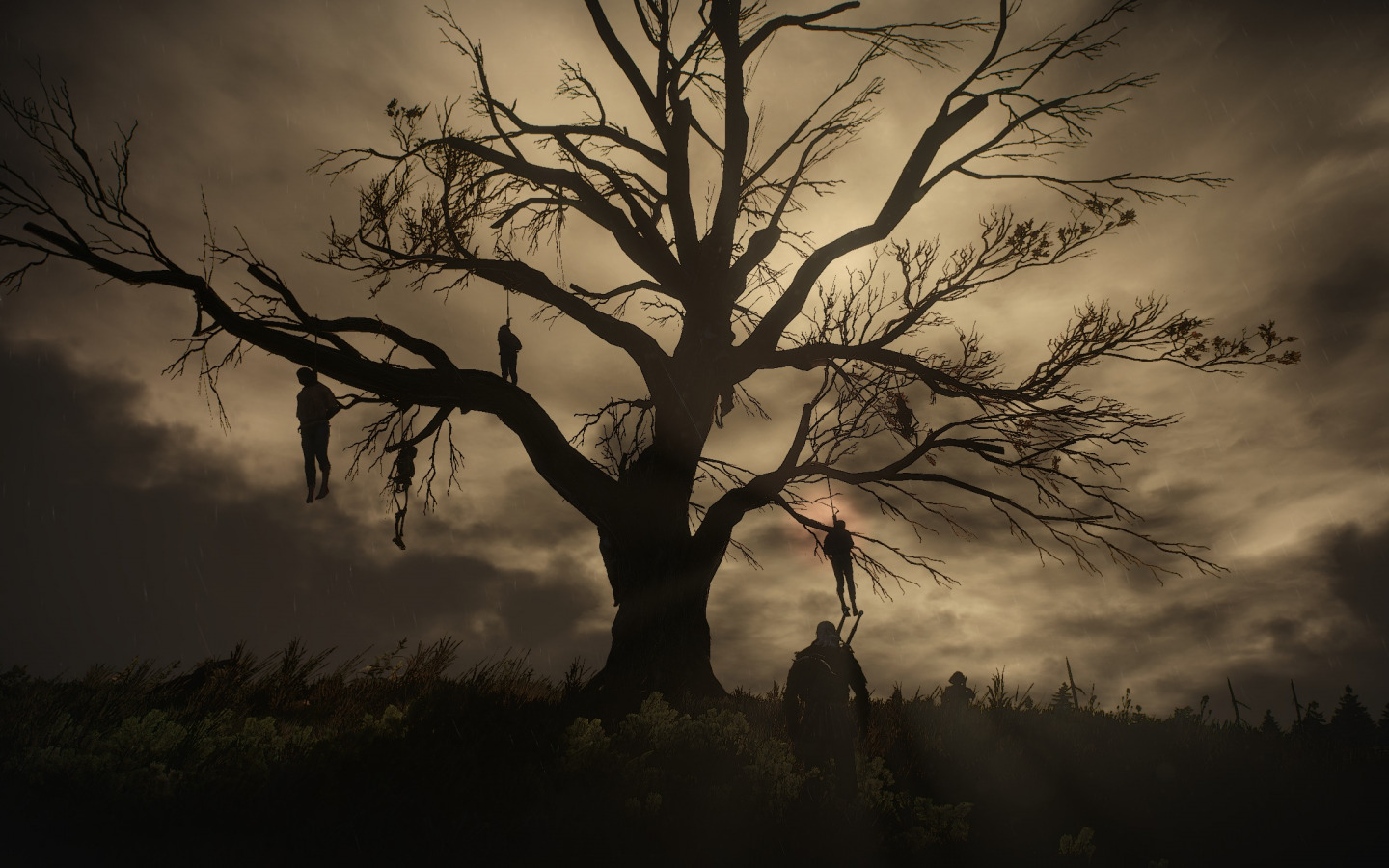 Before the gates of Hazduun, hung the corpse of one Anri, the lover of one Trafalgar. Her body was crushed, beaten, and clearly the woman had died in agony. Signs of wider conflict in the outerskirts of Hazduun was apparnt- She, afterall, was not the only victim, given the blood found in streets and doorways. Just the only one as of yet displayed.

A note was nailed to her broken chest.
"To the Hazduun and Savage alliance. Witness the effect of your deceit. Your alliance so claims the holy mission of ridding the world of a Vampiric menace, one that you and you alone insist exists, when the Seerdom themself confirms none remain, yet you, in your blind need for blood and sport, ignore the cancer among your citizenry. For a people that claim to bring the world good, we find it appalling that your people practice the dark, demonic, and unacceptable art of Necromancy, one acquired only by the heretical interaction with the Death Rune in the southern swamps."

"You have transgressed once. You will forever pay until your debt is settled, and your dark, corrupted hearts made pure."

And with a quick snap of his fingers, the Halakrath's command swiftly buried the aforementioned corpse on the outskirts of Hilltown during the dawn of day, before many citizens could witness the Waldrian perception of justice.
"No need to prove yourself to be scum any more, bumri."
He spoke, before turning around into the Highest of Halls and pinning a notice upon the noticeboard:

TO THE DENIZENS OF HAZDUUN, HILLTOWN AND HUSKARA:
It has come to our attention that Waldian Criminals have once again found the desire to prove their cowardice by hunting the civilian population of our benevolent crown. Be sure to always stay near a member of the Grand Throng of Hazduun, know the nearest route to a bunker and stay clear of human foreigners.
May She Wake.

Skippy Bronzebeard would cackle at such a bold statement, "We dewi 'ave tried our hardest ta keep relations between our lands cordial. It is t'e umri who have - time an' time again - trounced on our lands, committed crimes against our folk, and dishonored our mutual respect. T'ere would be no fight if t'e Baron ov Grimmwald did not kidnap Keno Hakanûna, Lord of Huskara, and remove his hand and dwarven possessions. T'e only ye can blame is yer own, ah'm 'fraid." the Kazadun would state. He would then report to the Magic Registry of Kaz-az-Hazduun to monitor for any dark magic wielders - such a task the dwarves have kept up with for many years.

"I see the Brennans seek to repeat history. And the rest of them the great war." One man mumbles, having caught wind of the war from his mountainous home. "They may try. Yet I know, come another fifty years, they'll be back for attempt noumber three."

In heavy loathing, the Colonel, Magdalenen D. Goldhorn- broke her abstainance of unearthly ways, and took the Anodynes and Vivifyings provided to her bedside; sickly not with plague and rot, but now with insatiable vexation. Drunken not with booze, but ire, the rugged Dewi took a bount of burgundy ink and several a-parchment, pinning the creation of her anger about in all cities but the Vampyre’s tomb itself.

In the lowliness of such crimes against the Dewi and Kin, let it be known that the desecration of the boy and his beloved shall not be unpaid. In my personal vendetta, 10 gold, with, option for higher bargain- will be rewarded to those who bring the head/s of the perpetrator/s of this act.

All those of Waldian descent, despite prior companionships, are unbidden within the North so long as they wish to return home to lie upon their beds. Remain in the palace of the dammed, where your fattened faces feast on privileges granted by beings of death.
​
Signed,
𝔐.𝔇. ‘ℭ𝔞𝔦𝔫 𝔗𝔥𝔢 𝔐𝔞𝔩𝔢𝔣𝔦𝔠’ 𝔊𝔬𝔩𝔡𝔥𝔬𝔯𝔫. 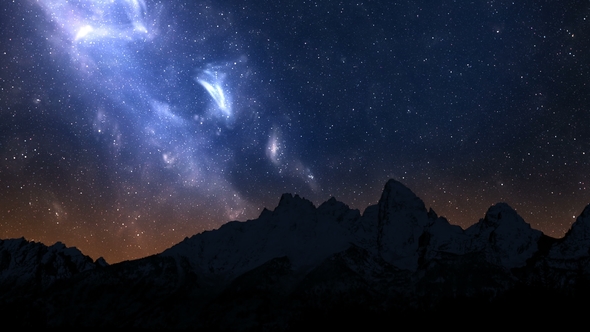 "All actions have a consequence."

Rumors had flown wild within the Hall again- of horrid things and horrid people. Disheartened, a shadow seeming to cling to the pale maiden, Elaine slowly wandered until her path came to a stop under open sky, in a quiet place. The stars dotted the skies in their millions- a select few brighter than others, if possible to tell, and the woman seemed to seek these scarce lights out, and seemed to ask a silent question to them.

"Justice will come to those who Intrude." she echoes the response softly, her amber eyes flickering with reflected starlight. A slender hand clenches, trembling slightly. Conflicted, troubling emotions race through her. So many times, had she seen such troubling things before they came to pass. So many times had she seen the signs and not been sure if she had understood, and found she had.

A young man, stooped at a pool filled with starlight, with omens of a fragile peace and an uncertain justice hanging over him.

The light in her eyes seemed to grow stronger now, however, as the elf accepted it. Accepted this. For good or for ill, she had Seen, time and time again, what would occur. And now the answer lay before her yet again.

"Vengeance. Vengeance. Twice has been tolled a Wealth of Vengeance- Blood will Beget Blood."

"Justice will come to those who Intrude, and the Cycle as we know it will be Broken."​

The old warrior adjusted his position, leaning on his trusty spear as he read the pinned missive in Hazduun. He frowned, having just recently caught wind of the battle a few days before. Carefully, he reread the parchment a few times over, his aged eyes squinted. "Eh suppose barons 'n kings fergot how to speak Common," he muttered to none but himself, shaking his head ruefully. With an exasperated sigh, he turned and hobbled down the path, towards his next destination..

A ornately dressed merchant heard tell of the senseless violence as he lightly shook his head as he labored in the temple undergoing renovations. "War comes again to lower my profits both in would be buyers and over all buyers be they friend or foe. As wars go the only way to quench the fire of war is the blood of the innocent and family who weep for their loved ones who shan't return. May Rema take them before they end up somewhere forlorn or torturous." His words where even if not a little somber given the topic of lost profit. He would roll his shoulders as he took yet another finely cut wooden sign and hung the saying about death amongst others. Then once it hung secure like the victim. He again started his delicate cuts to the lifeless oak slab soon to help remind others that a body only lives once.

FRom the swamps of mereland to the occupied lands of the elves, the murmuring of men in odd accents could be heard if one strained their ears...

"A warrior, glory-bound and war-renowned."
"Amongst the poor, the sick, and shut-eye is where my story's found."
"I overcame every obstacle that's ever placed."
"The gods have promised, victory will one day know my face."​

Golgric would be furious at the human's unjustified attack directed at the denizens of hazduun, the dwarf clenching his battleaxe in his hands as he then yelled out in anger which throughout the halls . "Teh dewi 'ave nevah attacked teir kin!, but teh umri come to 'ar lands and target teh kin ez Hazduun!. Damned be teh umri ov teh baroneh! death shall come to tere kingdom for evil 'n scum live in tere keep! The veteran of many battles against the humans would then rise, to protect the denizens from the barbaric attacks of the humans, as he knew, seeing how proud they were to display it, they would gladly do it again.
Last edited: Nov 28, 2021

A rather young Velnari would blink a few times before he scratched the top of his head and began to laugh out loud.
“Oh so silly, humans, truly a simple minded race.”​

On one of his many jaunts about Enarion's northern peaks and valleys, Gorafo espied a scrap of paper lilting in the wind. Stooping low he picked the stained parchment up and gave it a quizzical squint. "A funny jape to speak of our blind need for blood considering where the author of this sordid piece hails from, and what they've done," he remarked to not a soul but himself, then furrowed his gargantuan brows in momentary contemplation.

"Still, can’t have people practicing dark magics in the hold, though whoever wrote this should consider practicing proper spelling.” He pulled a charcoal nib from the coils of his wintry beard and made a few scribbled revisions in the paper's margins before holding it above his head and letting his hand fall open. As the parchment danced in the updrafts of Dungrin's Basin Gorafo trotted round a corner and vanished from sight humming the melody to an old Dewi song about a warrior who wielded a blade twice his own size to defeat an orc thrice his own size.
Y

Regar Thundereye sits atop ordheim as a storm brews over head , looking down at hazduun hall letting out a low growl "The bastards... Anri I'm sorry this happened to you. I will do all I can to bring pain to as many bumri as I can. Time to test a new experiment, how much lightning it takes to make a bumri explode!" With a flash of lightning the old dwarf jumps off the top of ordheim his air tattoo glowing as he floats down before beginning to head south.

“I am absorbed with a delicate thought.
It is how poetry has indefinite sensations, to which end music in inessential.
Since the comprehension of sweet sound is our most indefinite conception.
Music, when combined with a pleasurable idea, is poetry
Music, without the idea, is simply music
Without music, or an intriguing idea, color becomes pallor;
Man becomes carcass;
Home becomes catacomb;
The dead, are but for a moment, motionless.”

Alistair Eibhear didn't bother reading the note. He had all the information he needed "Death es ah beautiful thing. Unless yer thes one... Thats jus foked up.". He made his way into the dwarven town to go about his day spending the Waldrian gold he had plundered from the unlocked chest

Trafalgar wasn’t enough. He didn’t see the body, he’s seen enough. Everything. Heard every bone in his once fiancé’s body snap in twain. Couldn’t sleep, only reliving that dreadful day every time he closed his eyes. He cried, wailed to the point of being unable to speak.

Ditch Digger
People not liking my bows even though their biggest contribution is their corner-sitting RP resume. :shades:
Today at 2:48 AM 0 replies

wootdahnoot
Guys @Valkealainen is back wooooo!!!!
Yesterday at 9:38 AM 0 replies

Ditch Digger
I made collectables for the World Event. :)
Yesterday at 9:02 AM 0 replies

Ditch Digger
Always make time for new players. You never know when that little thing they need to tell you may lead to their next big adventure!
Yesterday at 2:02 AM 5 replies

KordoL
I know that I know nothing whilst everyone else knows nothing
Friday at 8:51 PM 2 replies

Sukitoru
quick let me think of something random and vague so i sound wise and awesome
Friday at 8:06 PM 7 replies